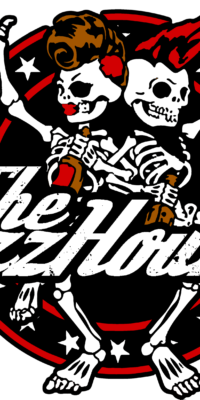 Balcony: $25
Great view of the stage. Mainly Standing area with limited number of tables and stools. Lounge seating throughout the space available on a first come first serve basis.

Reserved Table (with 4 stools): $25
Enjoy the show with the comfort of a table with stools that offers great views close to the stage.

*General admission ticket must be purchased in addition to Reserved Table.
*No refunds, no exceptions. 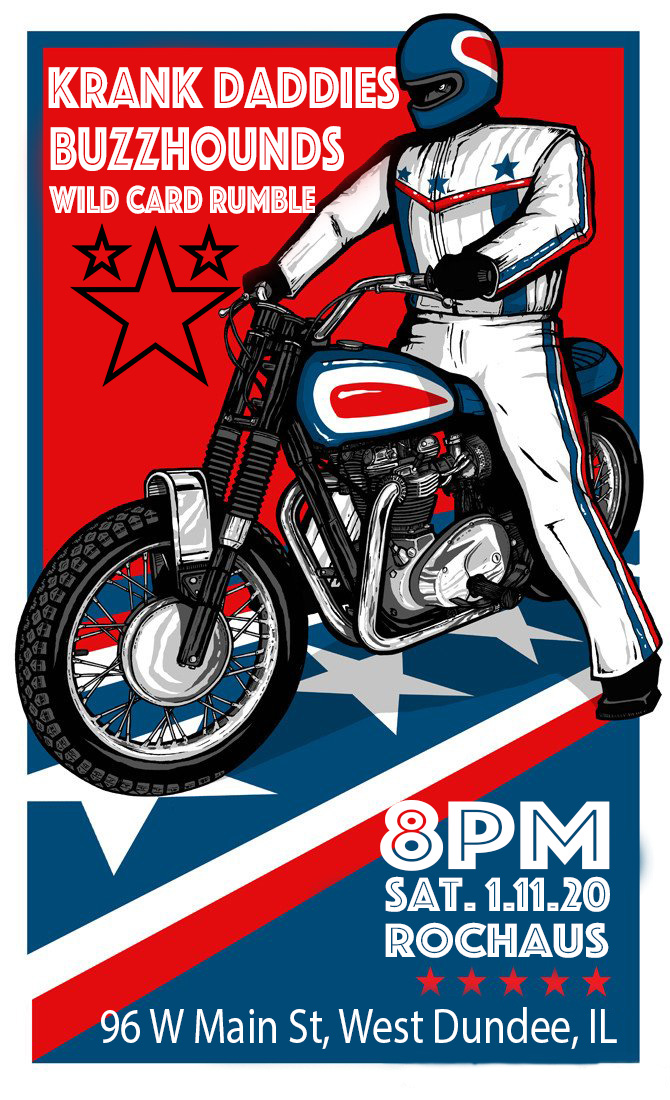 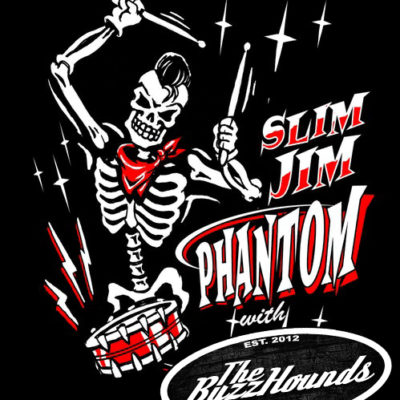 Chi-tone is happy to announce The BuzzHounds in support of  Slim Jim Phantom  (The Stray Cats) as he makes a rare Chicagoland appearance on August 17th.

Born in Brooklyn and raised in Massapequa, New York, Phantom grew up listening to his parent’s jazz records and began playing drums by the age of ten. He took lessonswith Mousie Alexander, who played with Benny Goodman, studying jazz and working through books by Jim Chapin and Ted Reed.

By the late 1970s, he was playing in bands with his childhood friend, bassist Lee Rocker. They soon joined forces with guitarist Brian Setzer to form Stray Cats.

Most recently, he has been involved in the eponymous roots-rock band Slim Jim’s Phantom Trio;[8] rock-and-roll supergroup Dead Men Walking with Kirk Brandon and Mike Peters, and Captain Sensible;[9] and rockabilly supergroup The Head Cat with Danny B. Harvey and the late vocalist and bassist Lemmy

Jim is also currently touring in support of “40”.  “40″  is the tenth studio album by American rockabilly band the Stray Cats, released in May 2019 by Surfdog Records. It is their first studio album in 26 years since Original Coolin 1993.

For tickets and info, check out the links above.  See you there ! 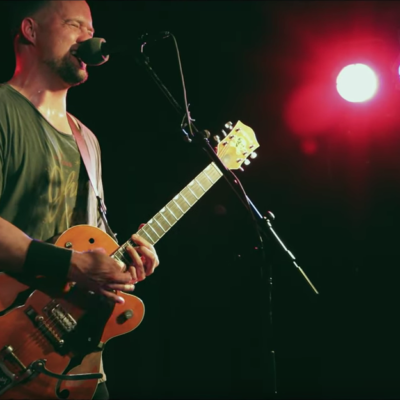 The BuzzHounds boogie with the release of “Go Chicago Go” in stores and online June 3rd.  They will celebrate the release with an outdoor show at Brauerhouse in Lombard on June 13th.

The spot: The Brauerhouse is located at 1000 N Rohlwing Rd, Lombard, IL

Cars and bikes roll in after 6, the event starts at 7  and the BuzzHounds hit the stage at 8.

It is going to be a great time…. see you there. 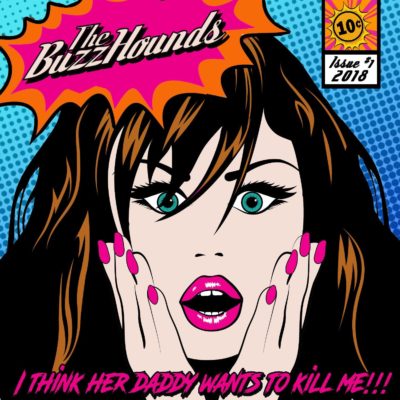 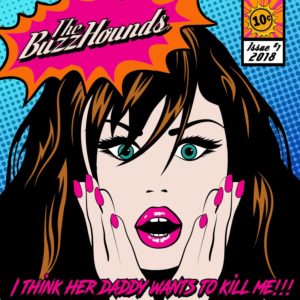 The BuzzHounds released a new single ” I Think Her Daddy Wants to Kill Me” this Monday (4/22).

You can hear it  live this Thursday (4/25) as they support Nashville’s “Hillbilly Casino” at the Beat Kitchen.

Tickets are $10 and the bill also includes Chicago’s Rumble Train, and Imbecile Missile. 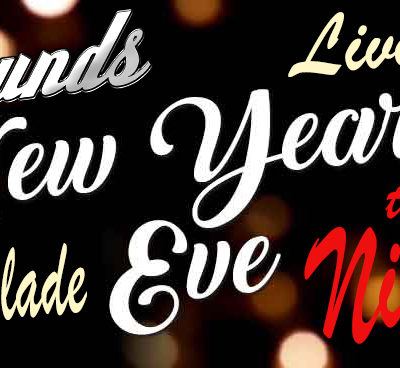 The Buzzhounds will start the night off and The Nick Bell Band will ring in the New Year!!!

Limited seating for 60. Tickets available now and must be purchased in person in advance. Price is $55, which includes a dinner buffet featuring roast pork, prime rib and salmon, awesome music, NYE trinkets and Champagne Toast. Purchase your tickets before December 7th for $50 each or $90 for a couple.

BuzzHounds hit the stage at 8:30 and The Nick Bell Band at 10:30.  $10 cover after dinner (cash only) which includes music, NYE trinkets and Champagne Toast (this is only available at the door the night of).

The buffet will consist of: Prime Rib, Roast Pork, Salmon, Baked Mostaccioli,, California Mixed Veggies, Mashed and Vesuvio Potatoes and house salad. The appetizers will be our Mushrooms, different flat breads, veggie platters, and other misc items. Desserts will be spectacular!!! 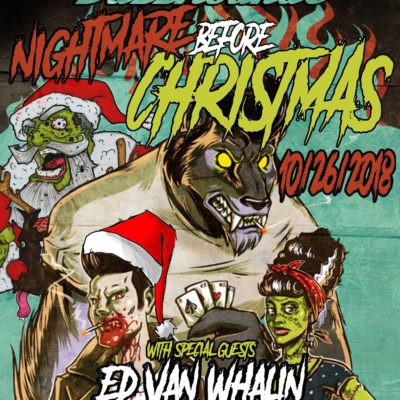 The BuzzHounds return to downtown Palatine for another rip roarin’ time at one of the best spots in Chicagoland for live original music  …Mac’s on Slade.

This time around, they will be doing mix of original music, and a set of killer covers with their pal Ed Van Whalen sitting in and serving up classics from Van Halen, Ozzy, Kiss, and Black Sabbath…. and of course, 2 or 3 sing alongs of “Tequila”…(Marko will be doing the PeeWee Herman Dance yo !) 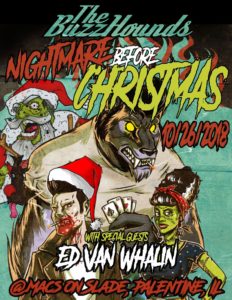 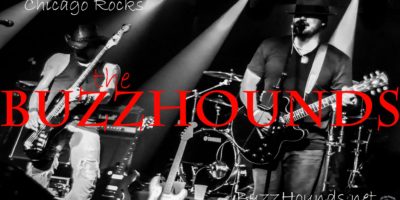 Wow! We’ve got the Buzzhounds!

Heavily influenced by such artists as Led Zeppelin, ZZ Top, Townes Van Zandt, and The Rolling Stones, The BuzzHounds meld alternative vocal stylings with Delta Blues and 70’s Outlaw Country to form their own brand of Americana and Rock n Roll.

The BuzzHounds have recorded four full length records under the SixTone / Chi-Tone label; 2013’s “Weapons of Mass Seduction”, and 2015’s “Live and Electrified”, 2016’s “Hat Trick” and 2018’s “Dangerous Ride”. The band has also appeared on national television and radio, being featured on Fox’s nationally syndicated “Mancow” television show hosted by Eric “Mancow” Muller in Chicago, twice. They have also been featured on WRFZ New York, the 365 radio network, and I Heart Radio.

“Carriers of the torch of a storied Chicago blues scene.” Kellie Levans of the Milwaukee Examiner.

“Dangerous Ride” comes out of the gate galloping to a swingin’ four on the floor beat, peppered with a thick boogie blues bass line and a catchy turn around hook. “We wanted to write a song that made you feel like you do when you ride around in a classic convertible… like a ragtop ’59 Cadillac …dangerous. – Illinois Entertainer